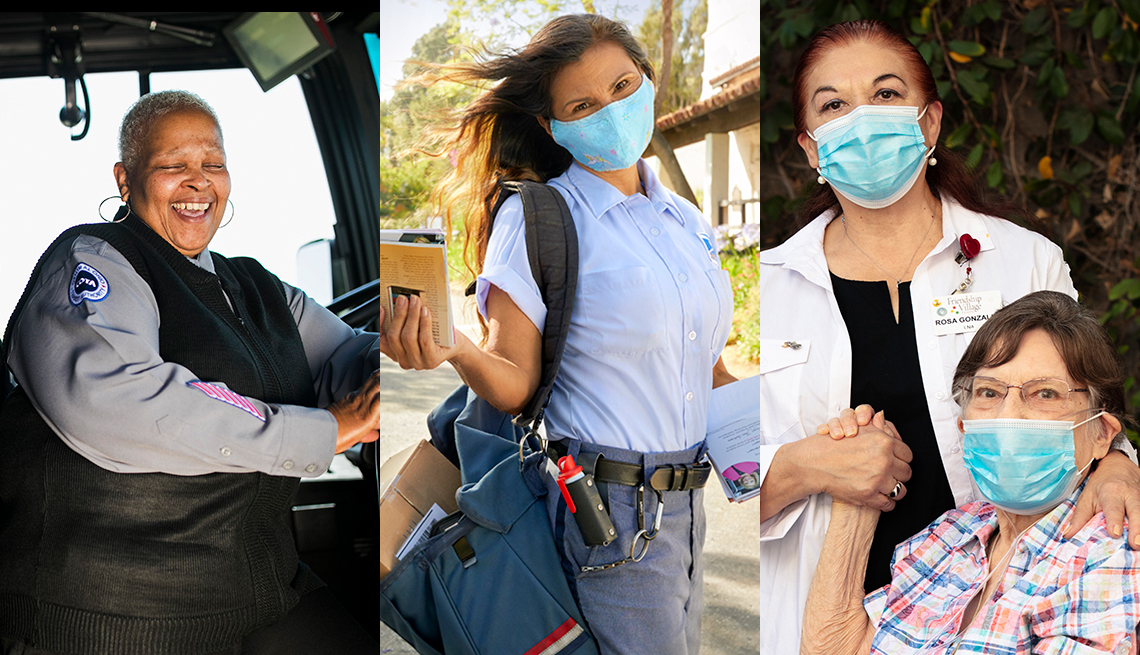 We all vividly remember the beginning of the pandemic and the economic crash we faced in 2020. In response to projected state revenue loss, Governor Inslee vetoed hundreds of millions of dollars of funding from the 2020 supplemental budget, including funding for more counselors at high-poverty elementary schools and $50 million for climate mitigation efforts. State employees were required to take unpaid furlough days, and many public sector workers – including in K-12 schools – lost jobs altogether. The Community and Technical College (CTC) system, already struggling to reach enrollment and retention goals, laid off student-facing staff and faculty. These cuts exacerbated decades of underfunding and understaffing at the CTCs that leave many students – especially students from low-income, BIPOC, and rural communities – unable to complete a degree.

In the ensuing months, workers across the economy took on new tasks to keep their companies afloat – often without additional training or pay. Where would we have been without grocery workers keeping us fed and public health employees rallying to fight COVID?

However, it’s difficult for public or private enterprises to succeed with hollowed-out systems depending on overworked staff. For instance, Washington’s Employment Security Department, which administers unemployment benefits, had a lean staff unprepared to roll out benefits in a timely fashion when a record number of people filed claims in 2020. Laid off workers struggled to access much deserved supports, and as happened in states across the country, criminals used stolen Social Security numbers from all those data breaches of the past few years to perpetrate massive fraud.

The early cuts of the pandemic weakened critical services already strained by years of under investment. As we enter our third year of a global health crisis, the very systems we need to be resilient and responsive cannot meet societal need and demand. Women’s participation in the workforce is at a thirty-year low as child care costs remain out of reach for many working moms, providers struggle to stay open, and parents compete for an insufficient number of slots. Bus routes in many public school systems, such as Seattle, are not running due to a combination of misguided cuts made during the pandemic and skimping on pay for drivers in prior years. Mental and behavioral health is at a crisis point for kids, teens, and adults who can’t afford or find providers. Disturbingly, in 2020 deaths of despair increased and out-numbered deaths from COVID in Washington. This list of pain could go on, and likely each reader has themselves been impacted by our state’s lack of a social safety net.

But the unequal impacts of the global pandemic, austerity politics, and fraying social safety net go further. Wealthy people have been able to avoid the economic stress felt by low- and middle-income people. During the pandemic, there has also been an unprecedented upward transfer of assets from workers to the ultra-wealthy. The Federal Reserve has been collecting data on household wealth since the 1980s and reported in November 2021 that for the first time, the top 1% holds more wealth than the entire middle 60% of American households. Estimates regarding the racial wealth gap, which has gone nearly unchanged for a century, show that it’s gotten worse, as pandemic health and economic effects have been more severe on Black, Indigenous and people of color (BIPOC) families.

At the same time as this massive upward wealth transfer to households, corporate profits are through the roof. In 2021, US corporations posted their highest profits since 1950. While wages have increased marginally in some sectors, inflation has outpaced wage growth overall and wages had already been stagnate for years, meaning workers have missed out on these record profits. Furthermore, while some sectors have seen job growth, many sectors, including the public sector, health care, other care economy jobs, and hospitality, have not recovered at the same pace. Washington is down ninety thousand jobs since February 2020, with jobs commonly occupied by BIPOC workers most affected by the slow recovery. We see these same trends at the national level. As of December 2021, the unemployment rate was 7.1% among Black workers and 3.2% among whites.

With all these trends and stories of struggle at hand, what can we do about it? We are in the midst of a short legislative session in which lawmakers are able to pass legislation that will make a real impact on Washingtonian’s lives. State government spending on investments in our people is the most economically sound option. Increasing investments in childcare, paid family and medical leave, housing, public education, health care, and more is not only popular, but these programs and services can make a huge difference in people’s lives and boost whole communities.

Remember the “Great Recession” of 2008-2010? Recovery was slower and more painful for Washington’s people than it needed to be due to a lack of robust public investment and spending from the federal to state and local governments. Resulting large-scale state budget cuts starved the public sector, leaving families and government unprepared for a crisis like COVID.

Despite this recent history, some legislators have introduced bills this session to cut taxes, claiming a “surplus” of funds. But this “surplus” is really an illusion, and cutting taxes will cause harm and perpetuate economic and racial inequality. A few key observations debunk this “surplus” narrative. First, state revenue collections are up relative to earlier projections because of (1) cuts made in 2020; (2) the one-time infusion of federal dollars in 2020 and 2021; and (3) an economic recovery that has generated billions for the wealthy and large corporations, while leaving countless individuals and households mired in stress and economic insecurity. Second, cutting taxes may inject some money into the economy, but it doesn’t address the underlying factors that are contributing to rising housing, food, and other forms of economic insecurity and it doesn’t address the broken and inadequate nature of our tax code.

Policies on the table this session, such as a wealth tax on the ultra-wealthy (HB 1406/ SB 5426), promise to provide progressive revenue that the state can use for large-scale, long-term investments that will sustain and build thriving communities. There’s much work to do to build back better in Washington State. The last thing lawmakers should be doing is doubling down on broken approaches that have gotten us to this point. By investing in our people, we can reshape our economy into one where everyone can thrive.

Ready to support the investments our communities need to recover?

Sign in to support the wealth tax, which has a legislative hearing on Tuesday, February 1, in the Senate Ways & Means committee. It’s easy! Click here before 3:00 on February 1 and select the PRO option. You can watch the hearing live on TVW at 4:00 on February 1, or later from the link here.