For a PDF of detailed methodology and survey results, click here.

Ensuring that every child in Washington State has access to in high-quality early childhood education is critical to providing educational opportunity for all children, building family economic security, and promoting a vibrant economy.

But early-education professionals in Washington State are earning barely more than minimum wage. According to the Bureau of Labor Statistics, the mean annual income of a childcare worker in 2017 was $27,800, less than a pet sitter’s $30,120.

This year, EOI sent out a survey on compensation, health care and turnover to directors of 3,456 of the 5,488 licensed child care centers in Washington. The survey contained 40 questions and 529 respondents – 15.3 percent – filled out a significant portion. The results have a margin of error of 4 to 5 percent, depending on the question, with a confidence level of 95 percent.

The results were striking:

Early childhood education in Washington is in crisis. For parents, it can cost as much as college tuition. For educators, it’s hard work at almost minimum wage with few benefits. For children, many are turned away because the centers can’t afford to hire staff to care for them.

We need to start treating early childhood education seriously – if we want good teachers for our young children, we need to pay them as well as teachers for other ages. 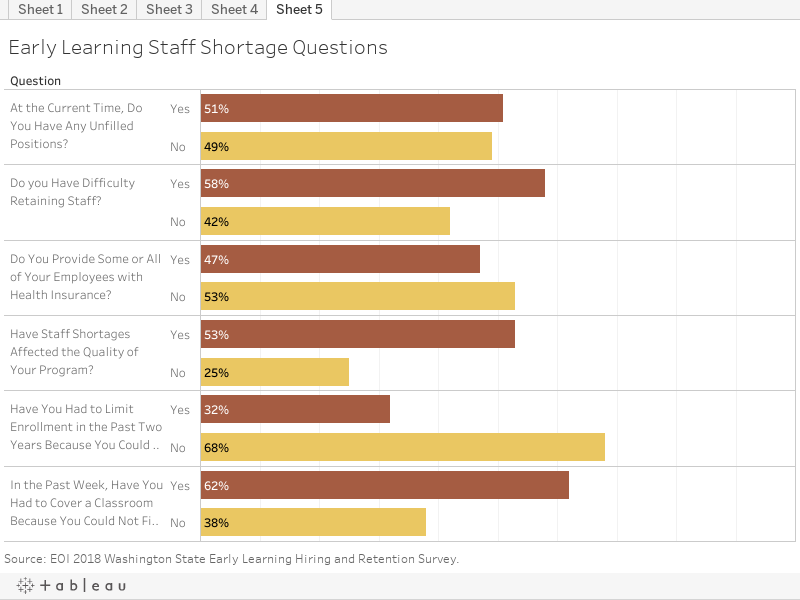 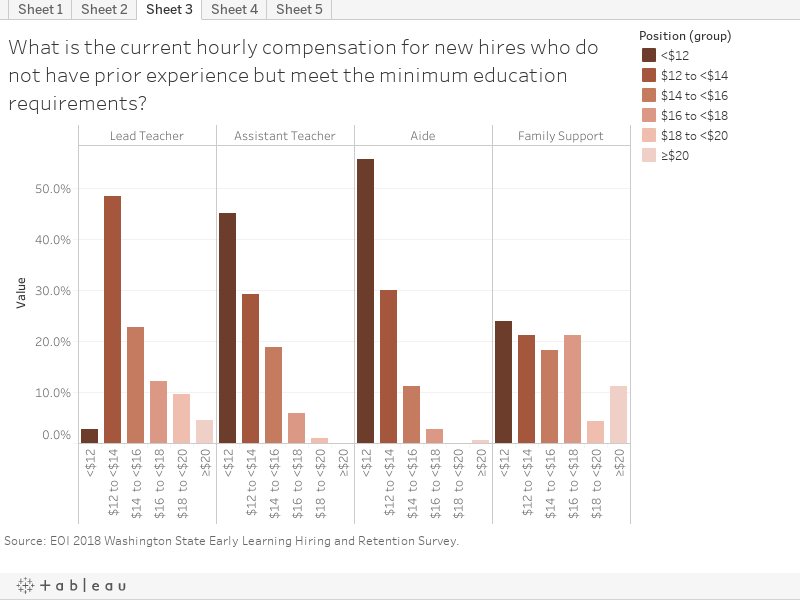 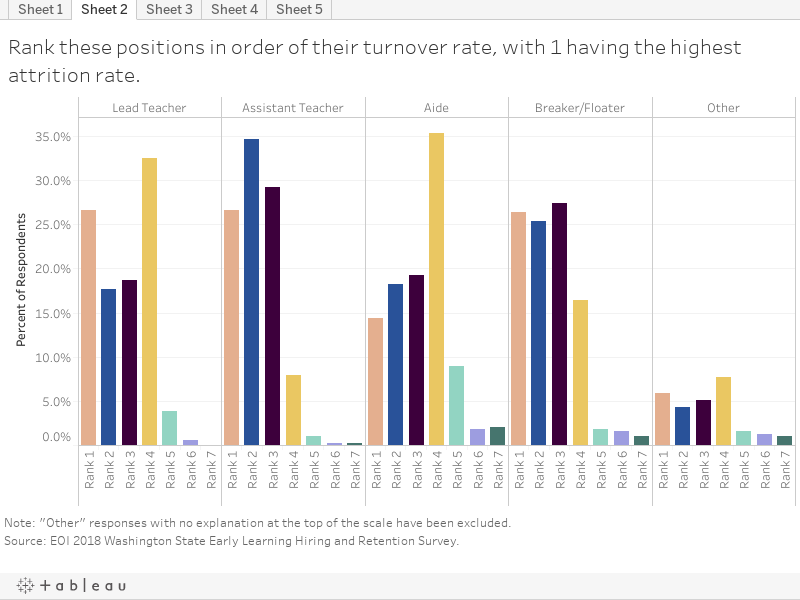 This survey has a companion report on a case study of 15 childcare centers across the state.