Rural Washingtonians are having a harder time getting by 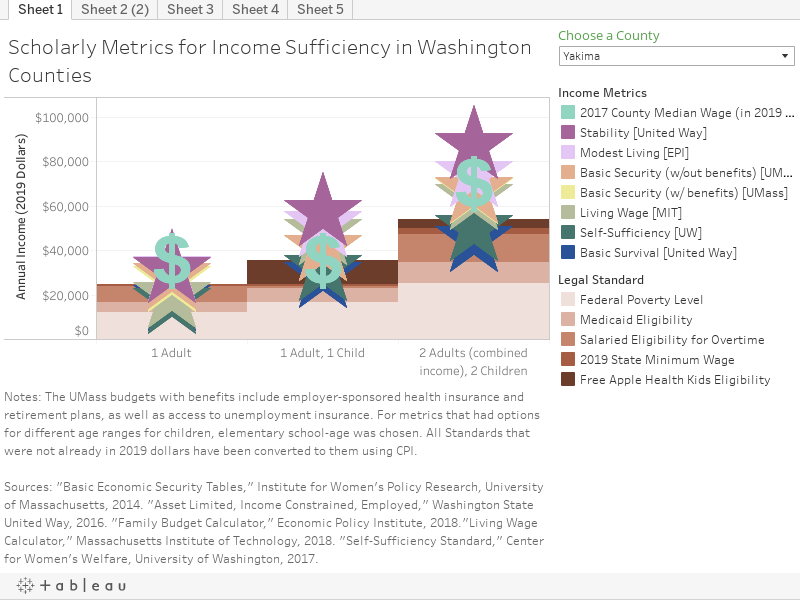 How do you measure what makes a living wage? Every researcher has a different tack.

This chart compiles the metrics created by five different research organizations with seven different measurements. All of them used tax information, housing costs, food costs, and a variety of public available data to derive their metrics.

Some of them are trying to measure the bare necessities to scrape by. Some are trying to see what is comfortable. In every measure, residents of rural Washington counties are having a harder time.

In King County, for example, the median wage is well above comfort level for a single person or a couple with two children. For a single parent with one child, however, it’s almost at a modest living metric.

In no county was a single parent making median wage comfortable.

In Yakima County, however, only a single person at median income earned a modest living. A typical single parent is just barely scraping by, earning little enough to qualify for free health care for their child. Even two parents earning median wage cannot afford a comfortable living with two children.

Again, this is median wage – that means half of the people are earning less than this level, indicating that a huge number of people in Yakima County are just barely getting by.