If the Affordable Care Act (ACA) – also known as ‘Obamacare’ – is overturned by the U.S. Supreme Court, 800,000 uninsured Washingtonians will lose their shot at health care – and millions more will lose basic consumer protections written into the bill.

A recent report by Washington state Insurance Commissioner Mike Kreidler notes that when fully enacted in 2014, the ACA will both ensure health care coverage for many uninsured Washingtonians and provide important consumer protections to millions more who already have coverage. But all of that now depends on whether the U.S. Supreme Court rules the ACA is constitutional in June 2012. 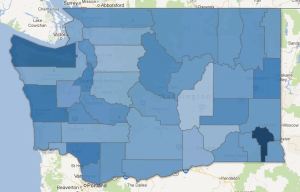 If upheld, Kreidler’s report finds that more than 800,000 uninsured Washingtonians (out of 1.1 million currently uninsured) will be eligible for subsidized health care under the ACA.

For those who already have health insurance, overturning the ACA means many benefits that have already gone into effect or are slated to take effect in 2014 could disappear completely, including:

If the ACA is struck down in it’s entirety, these benefits will no longer be afforded to consumers – and hundreds of thousands of Washingtonians will continue to lack health care.

It’s worth noting that Washington Attorney General Rob McKenna added Washington state as plantiff in the lawsuit that could strike down the ACA in its entirety. McKenna has stated he believes certain parts of the law should be upheld, but news outlets have noted that these “statements are at odds with the legal arguments that have been made in McKenna’s name.”

Kreidler’s report doesn’t speculate on what will happen if the Supreme Court only throws out certain parts of the law.