This means more money and benefits for 400,000 residents

After 43 years of inaction, Washington State plans to update the overtime threshold for salaried workers. The threshold is now less than minimum wage. As a result, you might be losing out on hundreds of dollars from your weekly paycheck, along with sick leave and personal time.

Every worker with an hourly wage earns overtime pay of 1.5 times their normal wage for any work over 40 hours per week, regardless of how much they’re paid. But if you’re salaried, you probably don’t get overtime if you make over $455 per week, or $23,660 per year. (There’s also a complicated duties test, but few people know about it, let alone understand it.)

Most salaried employees work more than 40 hours – in 2014, Gallup found that the average salaried worker logged 49 hours per week.

The same threshold applies to the state’s paid sick leave law, leaving many salaried workers unable to take time off if they get the flu or their child runs a fever.

The Department of Labor & Industries has issued proposed new rules for public comment, with final rules likely in the fall. The proposed rules would raise the threshold in steps to the equivalent of 2.5 times the state minimum wage by 2026. Assuming typical rates of inflation, Washington’s minimum wage will be a little over $15 in 2026, so that would make the threshold about $1,535 per week.

Or maybe their boss will decide their employees don’t really need to be responding to work e-mails at their kid’s Sunday Little League games or eating dinner at home with the cell phone on the table. Instead of asking a few employees to work 60 hours a week, they might hire new people instead. 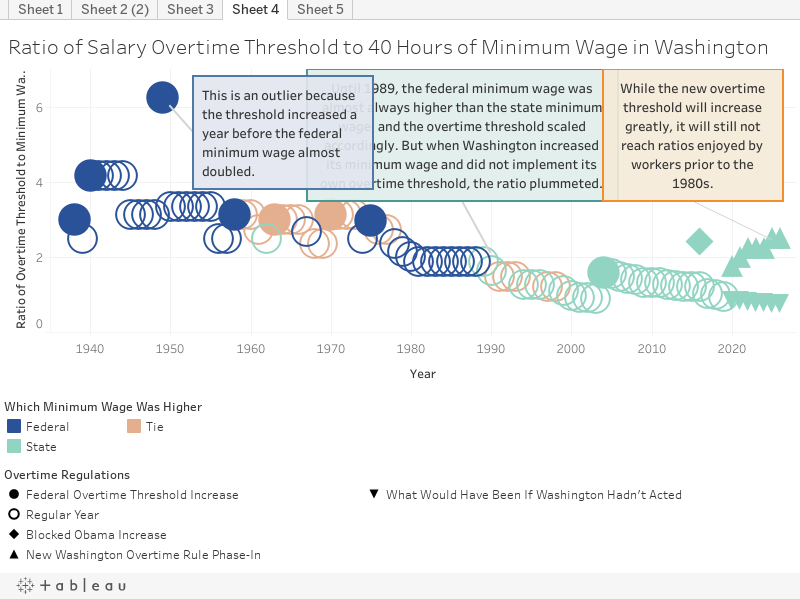 Based on the comments of some employers last fall, we can expect vociferous opposition to an update that seems so large in dollar terms. But the overtime exemption was originally intended to apply to high-level professionals with lots of bargaining power and control of their work – not to fast-food managers and administrative assistants.

Through the mid-1970s, policymakers regularly updated the threshold to well above the average weekly wage and to at least 3 times minimum wage. In the 1940s, it was more than 4 times! This proposed increase won’t get us to either of those levels. It also won’t assure that the majority of salaried workers again qualify for overtime protection – in 1975, 63 percent of them did. 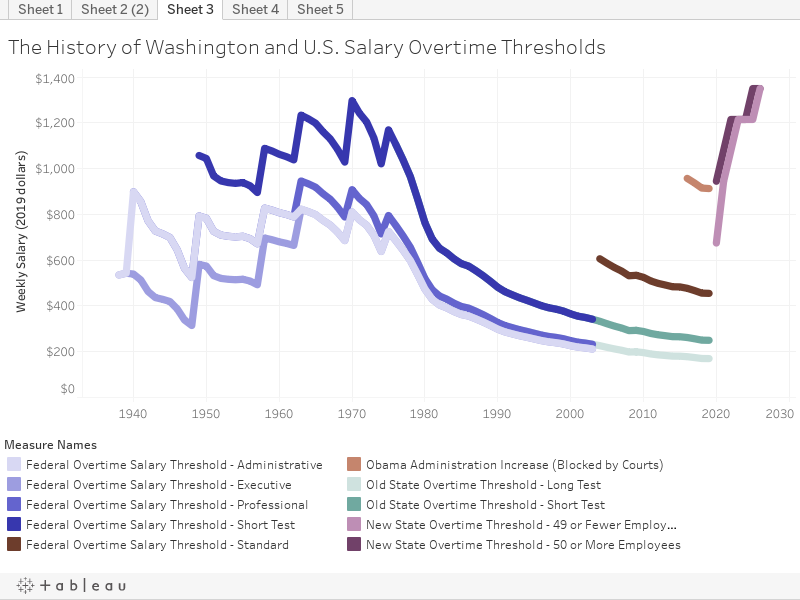 Money doesn’t go as far as it used to. The average weekly wage in 2017 was 125 percent what it was in 1970, but tuition at the University of Washington was 506 percent what it was and healthcare costs have skyrocketed. Costs for housing, child care, and other basic necessities have also risen much faster than wages for most workers all across the state. 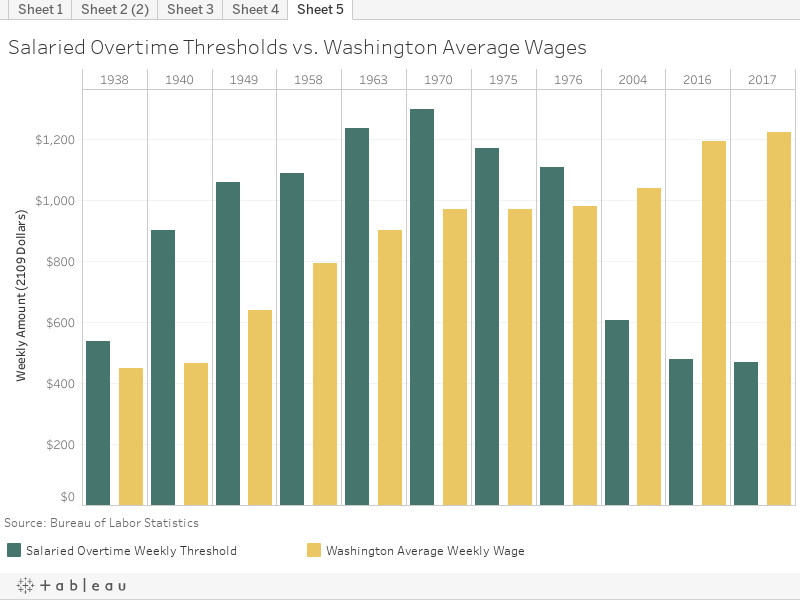 Failing to keep the salary threshold for overtime and sick leave protections up to date has contributed to stagnating wages. The low threshold harms working families and undermines community prosperity. Phasing in the increases – with extra time for businesses with 50 or fewer employees – is a reasonable approach to balance the needs of employers to plan and make adjustments, with the needs of employees to have sufficient income and time to care for their health and families. And with the threshold tied to minimum wage which adjusts automatically, we won’t be in this boat again.