The Demographics of Washington’s Workers

How age, diversity and education are changing the state's workforc 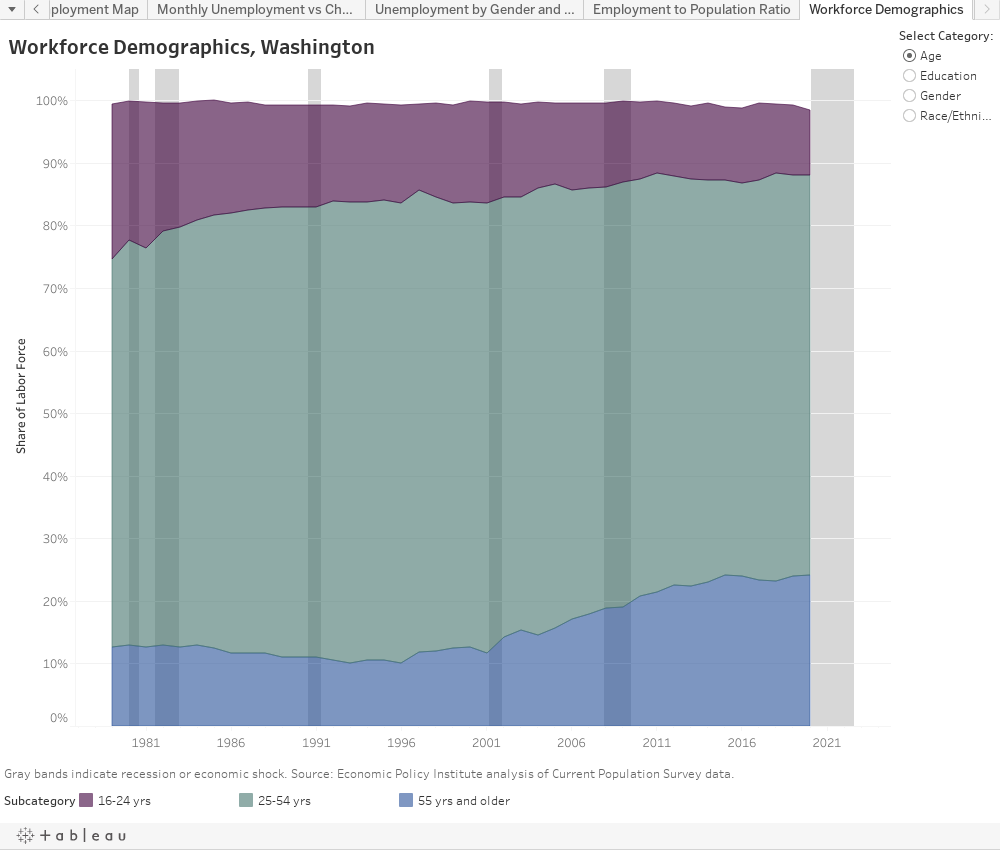 Over the past three decades, Washington’s workforce has become increasingly older, more diverse, and more likely to have a four-year college degree.

The share of younger people (age 16-24) in the workforce is less than half what it was in 1979, while the share of older workers (age 55+) has nearly doubled. Two big factors are at work here: One, baby boomers, who represent large segment of the state’s population, are aging. And two (as we’ll see below), young people are staying out of the workforce longer, often in order to pursue additional education.

White workers represented more than 9 in 10 people in state’s workforce through the mid-1990’s — today, they make up about two-thirds. The change has been driven largely by growth in the share of workers with Hispanic and/or Asian/Pacific Islander heritage.

People with a high school diploma (or less) comprised more than half of the state’s workforce in 1979, and 1 in 5 had at least a four-year degree. As of 2018,  just one-third percent of workers have a high school diploma or less, and nearly 2 in 5 have at least a four-year degree. Over the same period, the share of workers with some college peaked at 36 percent in the year 2000, and has since declined to 29 percent as of 2018 — roughly the same share as in 1979.

Between 1979 and 2000, the share of women in the workforce increased from 42 to 47 percent, and has held steady since. While there has been a slight decline over the past two years, it’s too soon to say whether that’s a temporary shift or part of a longer-term trend.