The State Estate Tax: A Leveler for Democracy

Only the very rich pay it, but they pay much less than they used to

Washington’s estate tax is one of the few progressive revenue sources in our regressive state tax system. Less than 1 percent of residents who pass away are wealthy enough for their estates to be taxed.

We can capitalize on recent reductions in the federal estate tax and raise $300 million a biennium in new state revenue to invest in education and other important state services simple by doubling this tax on the top 1 percent of estates.

The Trump-led federal tax changes in December 2017 increased the threshold for federal estate taxes from $5.6 million to $11.2 million. With this increase, revenue losses to the federal government total about $10 billion annually. These billions of dollars will now add to the intergenerational transfer of wealth from the top two-tenths of 1 percent of estates to their descendants.

From 1942 to 1976, the top marginal federal estate tax rate was 77 percent, with $60,000 of each estate excluded from taxation – the equivalent of $900,000 in 2018.  In 1982 and again in 1984, the Reagan Administration and Congress dropped the top marginal rate and raised the exclusion threshold. The decrease in tax rates and increase in exclusion threshold has continued under both Republican and Democratic administrations, so that now $11.2 million is exempt from taxation, and the top rate of taxation is 40 percent. 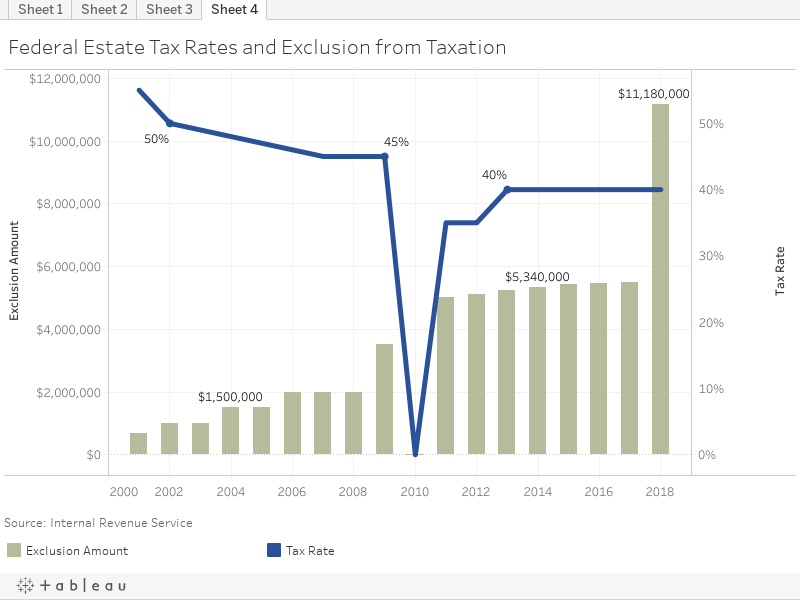 The windfalls to wealthy successors have grown steadily since 2001. 2010 was a particularly profitable year, as there was no federal estate tax whatsoever. 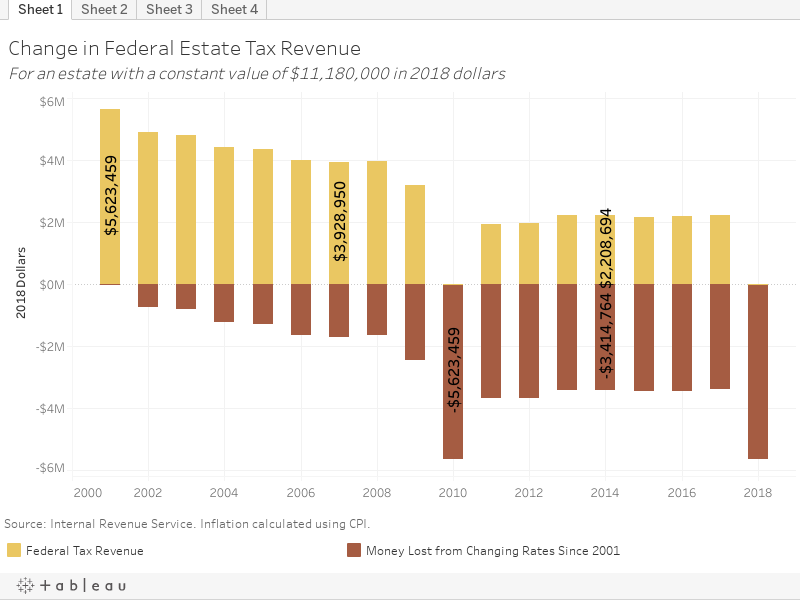 Social scientists have concluded that inheritances, bequests and other inter-generational transfers account for a large share of the racial wealth gap.[3] Any reduction in estate and inheritance taxes disproportionately benefits wealthy White families over Black and Latinx families, and disproportionately benefits the very wealthy over the vast majority of Americans.

Washington State first established an inheritance tax in 1901, with tax rates from 1 percent to 12 percent. For the next 80 years, the Legislature adjusted rates and increased exemption levels. In 1981, Initiative 402 abolished the inheritance tax and enabled the state estate tax.[4]

Washington’s current estate tax was enacted in 2005 by the Legislature. It was challenged in 2006 by an initiative for its repeal, but that initiative was defeated with 62 percent of the vote.[5]

In 2013, the Legislature passed an increase for estates in excess of $4 million, with the voters again approving.[6] 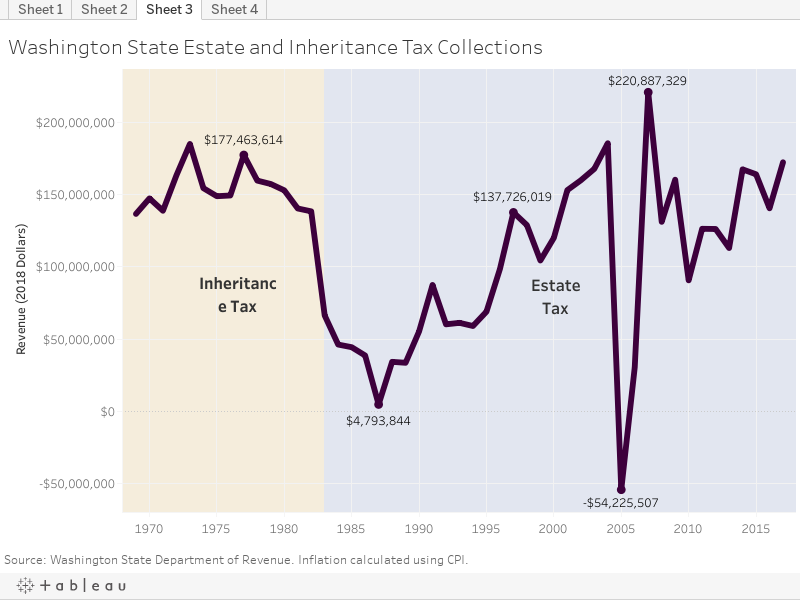 Current Rates and Exemptions for the State Estate Tax

If the state estate tax were doubled, the state would realize on average new revenue of about $161 million annually, with variability depending on the death and assets of wealthy individuals during each year.

State estate taxes are deductible when determining taxable estates for the federal estate tax. For example, an estate valued at $22,193,000 ($20 million plus $2,193,000, which is the amount of the estate exempted from the state estate tax), with the top marginal state estate tax rate of 40 percent, would reduce the taxable federal estate to $3,633,000. This would both increase Washington revenue from this one estate from $3.7 million to $7.4 million, and also decrease taxes paid to the federal government from $2.9 million to $1.5 million. 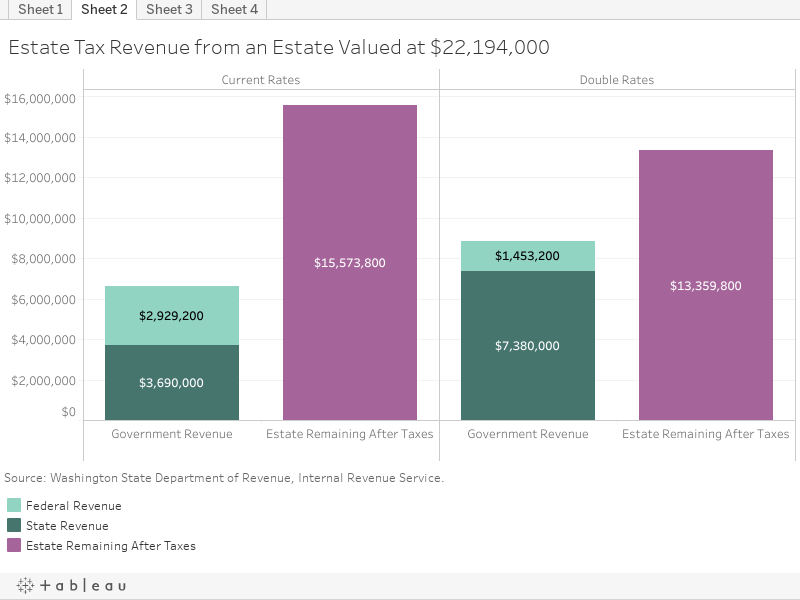 Increasing the state estate tax rate could result in over $300 million of new revenue for the state of Washington in the upcoming biennium. This revenue could fund early learning, health coverage, or community college tuition, opening new doors of opportunity for state residents and better meeting the needs of our people.