This week, the Seattle Times published an article detailing the travails of people who are leaving the region after the recent property tax increase because taxes have become too high.

If you feel like you’re highly taxed, you’re probably right – if you’re working class or middle class. If you’re wealthy, you’re benefitting from some of the lowest taxes in the nation.

It may be tough for a lot of people, but high taxes on the middle class are a small price to pay to keep our millionaires and billionaires flush with cash. In a few years, we may even realize our dream of Jeff Bezos diving head-first into a Scrooge McDuck-size pile of gold doubloons.

We in Washington love our tax system where most people pay much higher tax rates than the wealthy. It’s what keeps people like Bezos in the region so they can advocate against equal pay for women. Working-class people pay as much as 17 percent of their income in state and local taxes, while Amazon paid no U.S. income taxes in 2017, avoids $20.4 billion in sales taxes, and moved its global headquarters to Luxembourg to avoid paying even more taxes.

No other state cares for the uber-wealthy like Washington does.

Our tax system encourages more very wealthy people to move to the area where they don’t have to bother with pesky things such as taxes. After all, they are the “job creators,” creating new prosperity for everyone.

Except that’s not really true. 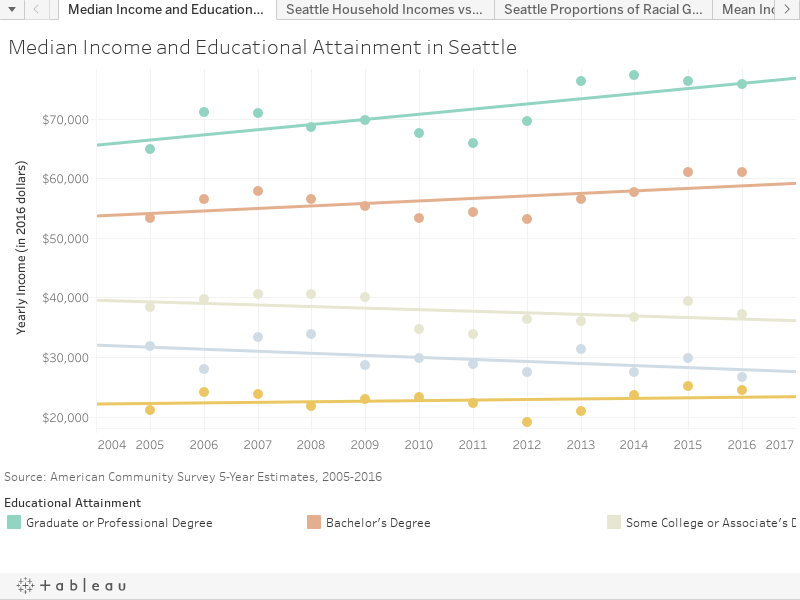 Incomes in Seattle have risen for people with bachelor’s and master’s degrees, but fallen for almost everyone else. Homelessness is on the rise, and African Americans and LGBT people are being priced out of their neighborhoods.

In a report released yesterday, EOI ran statistical analysis comparing cities’ effective tax rates on the rich. Surprisingly, those with lower taxes on the rich did not have better job growth than those who taxed them at higher rates. 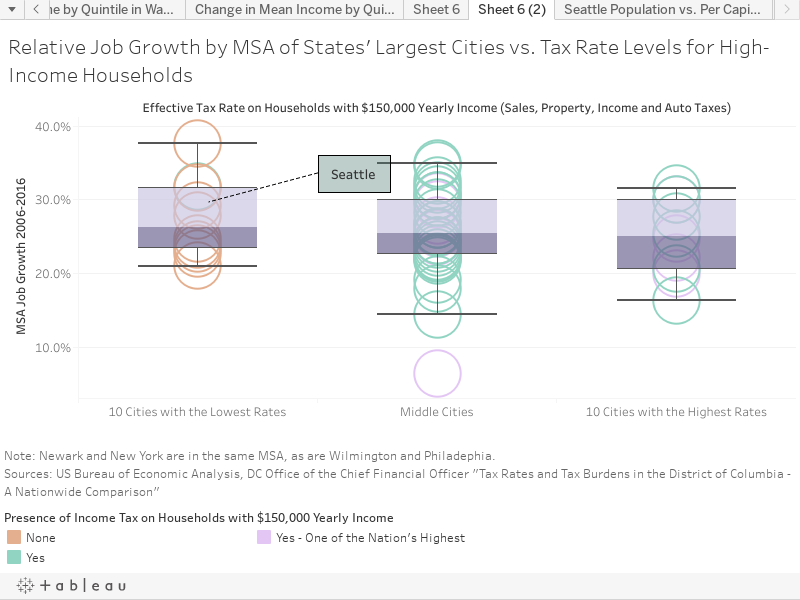 But those are just facts. Who needs facts? Bezos sold $1.1 billion in stock last year and paid no state and local taxes. It’s worth protecting the system that allows that to happen, right? We don’t want the rich to move away.

Except that the rich don’t move away when taxes increase; the poor do. But those are facts! We don’t need facts.

Our system is very regressive– meaning the poor and middle class pay proportionally much higher taxes than the wealthy. The system is almost a century old, an heirloom from when Tacoma timber barons and Seattle bankers selflessly put their fortunes on the line to stop increased taxation on the wealthy.

Researchers from the Washington Department of Revenue, the Federal Reserve, the Institute on Taxation and Economic Policy, and the Office of the Chief Financial Officer of the District of Columbia have consistently found that Washington and Seattle have some of the most regressive systems in the country – meaning that.

In a beauty pageant of unfair tax systems, Tacoma earned the crown of most progressive. Seattle – which thinks of itself as a bastion of progressivity – was actually the most inequitable, taxing the working class at almost twice the rate of Yakima.

Seattle has urgent needs to make the city more prosperous for everyone – such as affordable housing, the light rail, sustainability, and earthquake preparedness. Other cities in Western Washington face similar issues. That’s why we have higher taxes than most everywhere else in the state.

But without any progressive tax options, these cities just have to pile on more regressive taxes – property tax, sales tax, car registration fees and the soda tax.

It’s just a small price to pay to keep the millionaires rich.

There are other options. Local income taxes on the very wealthy would allow cities to lower property and sales taxes. A tax on capital gains would keep Bezos from selling billions of dollars in stock tax-free.

Washington is a forward-thinking state that likes to look out for underrepresented minorities. And what minority is smaller in number than millionaires? King County has only 68,000 millionaires. Other Washington counties have even fewer. If we don’t watch out for their interests, who will?

“People who are wealthier tended to get dramatically more benefits than the middle class or those who are poor, and so [regressive taxation] runs counter to the general trend you’d like to see, where the safety net is getting stronger and those at the top are paying higher taxes. I need to pay higher taxes. I’ve paid more taxes, over $10 billion, than anyone else, but the government should require the people in my position to pay significantly higher taxes.”