What is a “Corporatist Agenda,” and Where Can We Find One?

Last month, I heard a new expression — corporatist agenda. The context was the Trans-Pacific Partnership, or TPP. TPP is a huge new NAFTA-style trade deal involving 12 countries around the Pacific, including the U.S., Canada, Mexico, Japan, Korea, Australia and others.

Hmpf. As the joke goes, he wouldn’t need to deny it, if it wasn’t true. 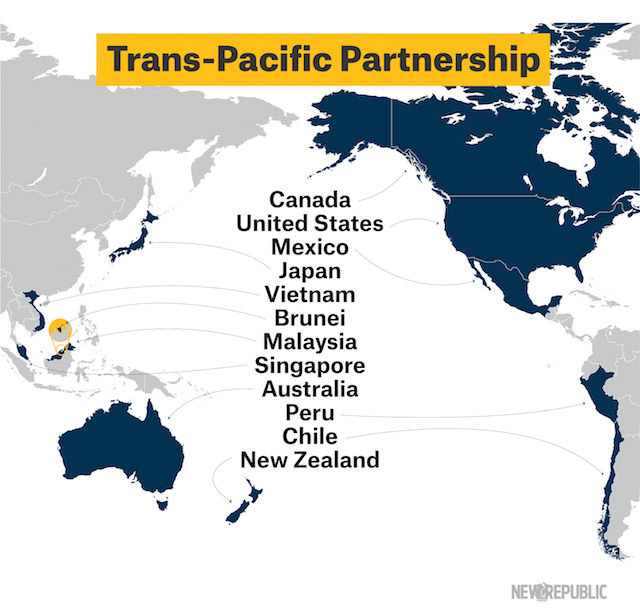 In the White House narrative, TPP was really about creating jobs (in America) and taking control of globalization, so China did not set rules for us.

Another challenge is that the White House wants to sell TPP using the tattered old promise of jobs, which we’ve heard for 20 years. Since NAFTA, millions of family-wage manufacturing jobs have gone offshore to low-wage countries with weak protections for workers and the environment. TPP will not create jobs (in America).

A third challenge falls on the sketchy argument, that TPP will contain China or put our values above theirs. I’ve tried, and I cannot make any sense of this argument. Even if TPP could impose values, TPP does not reflect my values. Corporate advisors put their values and their priorities into TPP. My values and interests were pushed to the side.

This attempt to contain China will force the American people to choose between our corporatist agenda, and China’s agenda. It makes you wonder if we shouldn’t take a look at China’s agenda.

Let’s go back to the original question — is this some corporatist agenda?

Six-hundred corporate lobbyists set the goals. Corporate lobbyists have direct access to our negotiators and attended countless ministerial meetings. They spent five years writing corporate-friendly provisions into TPP in a secret process. Congress and the public were kept in the dark.

We will see TPP when the 600 corporate advisors have the language they want. They don’t quite have it yet, so negotiations continue. At a high level, any strategy behind a corporatist agenda would protect global business from policies to deal with income inequality and climate change.

A handful of representatives from civil society do have limited access to most chapters in TPP. While civil society advisors have some access, they have almost no influence. They say their suggestions were largely ignored.

Most global businesses and their industry associations fully support TPP, while civil society is in full battle mode. 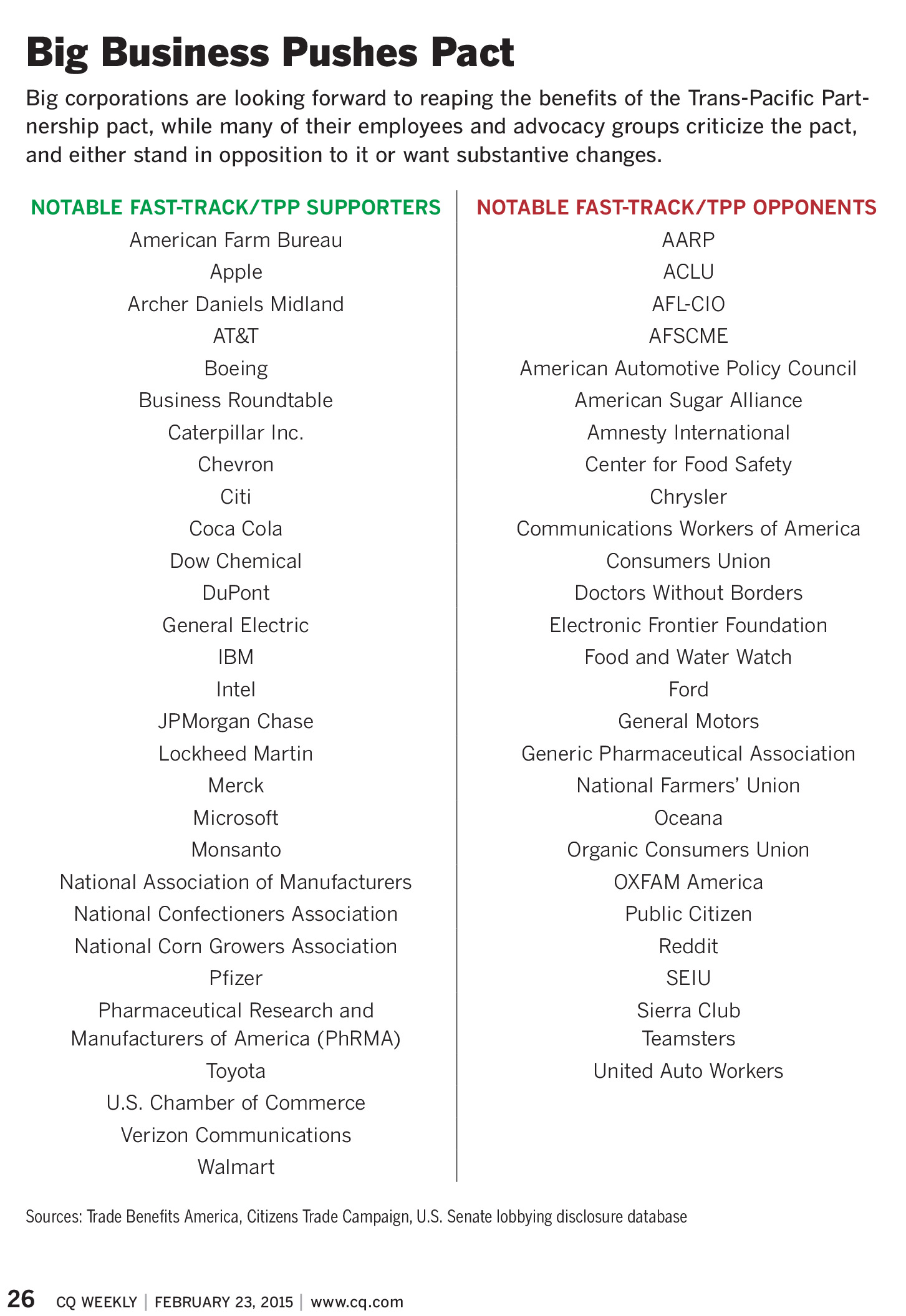 Not a single major organization in civil society supports Fast Track — the expedited approval process, designed to wrap TPP in a protective coating and shoot it through Congress with the least possible public engagement.

Let’s leave aside the question of corporatist agenda, which is not my favorite expression, anyway.

A better characterization is that NAFTA-style policies are really trickle-down economics applied to globalization. Workers, communities and the environment are getting little or nothing from these deals, while the 1 percent consolidates power at the global level. These bad trade policies undermine our democracy, putting the interests of the 1 percent above public interests.

TPP and a similar deal with Europe will, indeed, set global norms for how we manage globalization. These deals have no mechanism for amendments as conditions change. We will be locked into the priorities and interests that produced the deals.

Congress will consider Fast Track this spring. This will be a historic moment. Fast Track and TPP are not about trade. They are about how we manage trade. They will determine whose interests drive globalization for a generation.

Stan Sorscher is a member of EOI’s Board of Directors. The opinions expressed here are his own, and do not necessarily constitute policy endorsements by or of the Economic Opportunity Institute.