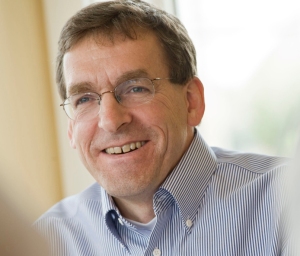 We elect our state legislators with the hope that they will look out for the public. So it always is sort of a shock when legislators work to undermine government services which work best for people. It as if they want to say, “See, government doesn’t work.” And to emphasize their argument, they take apart the services provided by and through government upon which we all depend.

But we don’t have to look any further than Olympia to see wrong-headed legislators trying to undermine retirement security for workers in our state, simply by taking apart a pension system that is well-funded, stable, and works for almost 150,000 retirees. If the Legislature leaves it alone and follows current law (which previous Legislatures have established!), our public pension system will continue to work for 300,000 public employees currently at work and another 220,000 workers who have left public service but have paid into their retirement plans.

These plans don’t make you rich — the median benefit is a little more than $18,000 a year — but they do provide a modicum of security, and one that isn’t dependent on how well your individual 401(k) does in the ups-and-downs of the stock market.

However, public pensions have increasingly come under attack as private sector employers have scaled back their pension offerings to all but the most highly compensated employees. The approach is to imitate the trends in the private sector: now that private sector employees have had their retirement security taken away, public employees should feel the same fear and trepidation. How bad is that fear? According to the Wall Street Journal, the median 401(k) held $149,400, inclusive of plans from previous jobs. That would generate $9,073 a year in income during retirement. That’s a recipe for poverty, and a drain on public services as more and more retirees can’t afford some of the basic necessities of life.

In contrast to the meagerness and undependability of private 401(K) plans, public pensions in Washington state are in excellent financial shape. Washington is pointed to as a leader in the country for appropriately funding our public pensions. This funding comes from the public servants themselves, with contributions ranging from 4 percent to 8 percent of pay, and from their public employers, with contributions at about 8 percent. A full 75 percent of the value of pension benefits comes from investment assets and earnings.

These public pensions deliver regular, dependable monthly benefits to retired public servants. These benefits result in $3.5 billion a year in state economic activity, as well as 23,000 jobs. For every dollar contributed by state and local governments for pensions, over nine dollars is generated in our economy, and through the multiplier effects of consumption expenditures, the equivalent of 40 percent of those public contributions are circulated back as tax revenues to public entities.

So that takes us to Sen. Rodney Tom of Bellevue, who is proposing to push all public employees under the age of 45 out of these defined benefit plans into the uncertainty of deferred compensation (Senate Bill 5856). It seems like he wants to spread the fear and uncertainty that has become dominant in the private sector into the public sector. He may say that this is to the benefit of public employees, but the design of this legislation gives the lie to that.

Sen. Tom targets the vast majority of public workers. But he makes sure the state patrol and firefighters are left with their public pensions. But that leaves hundreds of thousands of teachers, other public safety employees, transportation workers, and frontline social service workers, with a broken promise for their retirement security. And it leaves all new public employees with the uncertainty of their own retirement.

Sen. Tom has not requested a fiscal analysis of this proposal, most likely because it will be far more costly than the current system and short-change current pension funding. Reduced benefits and added public costs are big sacrifice just to repeat the mistakes of the private retirement “system.” It is the opposite of looking out for the public good.

From the Everett Herald