The Growth of Economic Inequality in Washington

A few at the top are pulling away, leaving everyone else behind

Since 1979, wages for the bottom 60 percent of Washington workers have increased $1/hour — or less! — after adjusting for inflation; meanwhile, the top 10 percent have seen hourly wages jump nearly $18/hour.[1]

It’s not for lack of economic growth: between 1979 and 2016 (date of latest available data), Washington’s economic productivity increased more than 53 percent. But during the same period, median compensation (where 50 percent of wage earners earn less, and 50 percent earn more) grew just 2.6 percent, as the benefits of growth flowed increasingly to the top in the form of higher wages and corporate profits.[2],[3]

One piece of good news: Washington’s minimum wage laws are working as intended. During the 1980’s and 90’s, the lowest-paid 20 percent of workers (who earn less to begin with) saw bigger drops and smaller increases in pay than did those in higher wage brackets. The state’s landmark voter-approved 1998 minimum wage law started to limit those losses, and in 2017 (after another voter-approved minimum wage increase), the lowest-paid 30 percent of workers finally began to make some headway on wages.[4] 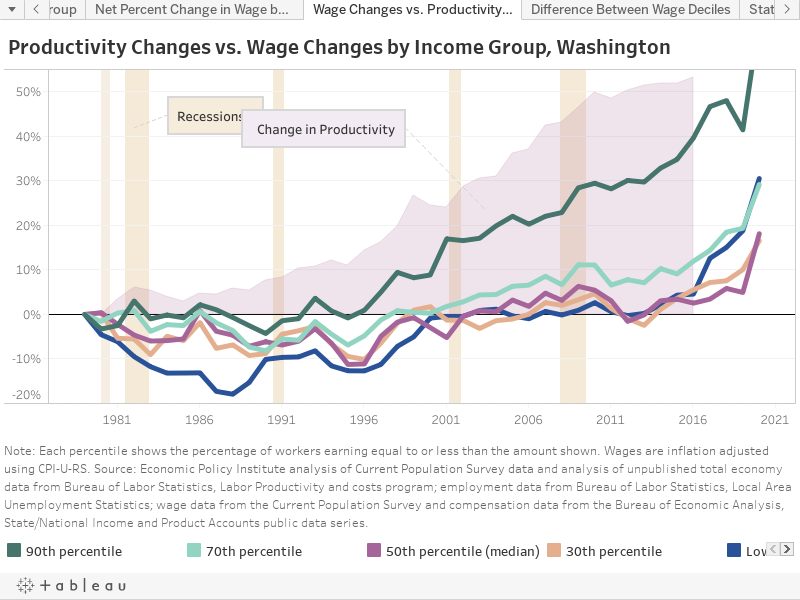 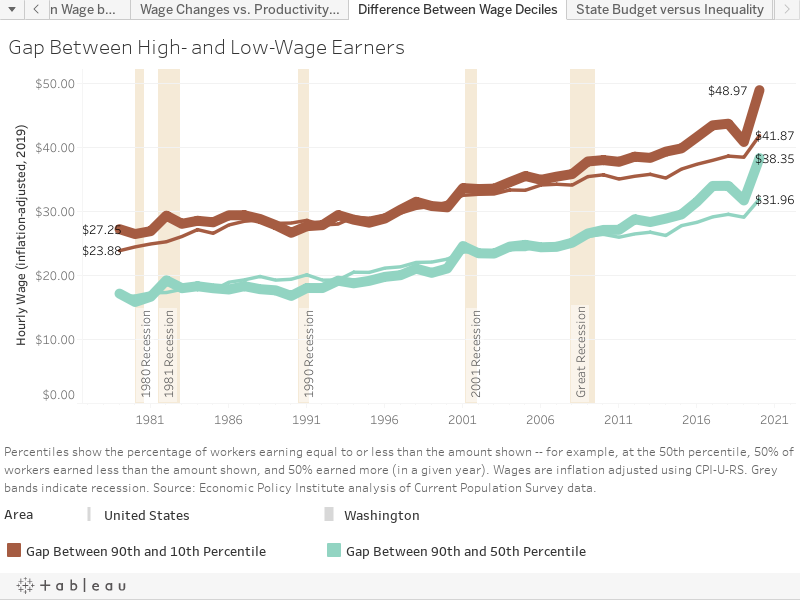 It hasn’t always been this way. Even during the so-called Roaring Twenties (late 1920’s) – during which the share of America’s wealth controlled by the richest of the rich increased rapidly – the top 1 percent brought in just 12 times the income of the bottom 99 percent. Post-WWII (from 1945 to 1973), Washington’s top 1 percent captured only 8.4 percent of overall income growth, such that as of 1973, incomes for the richest 1 percent of households were 9 times that of the other 99 percent. Since then, however, the top 1 percent has captured 43 percent of income growth, leaving far less for people further down the income ladder.[5] 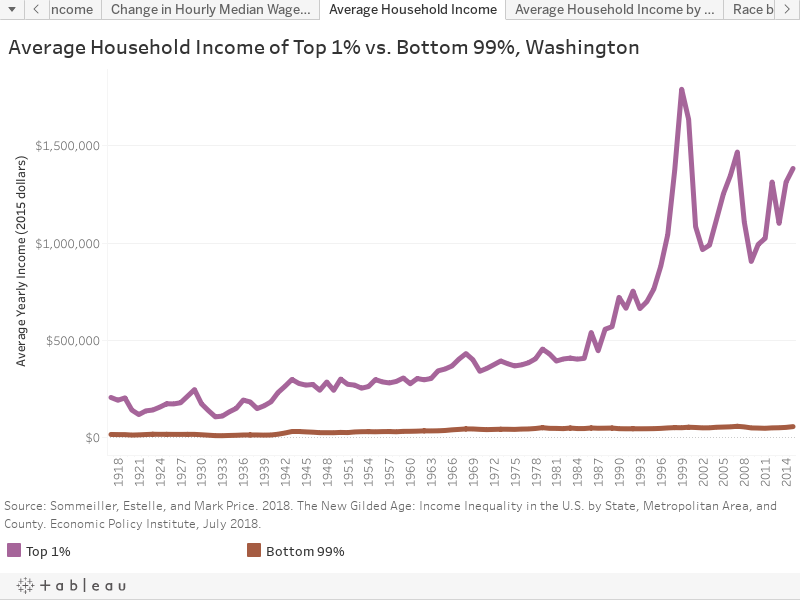 [1] “Wages” include only hourly or salaried remuneration to employees.

[2] “Compensation” includes wage and salary disbursements, as well as supplements such as employer contributions for employee retirement plans, health coverage and social insurance. Note that to the extent that increased costs for health coverage represents only inflation, it is not an added benefit for employees, though it is included in measures of compensation.