The Pay Gap by Occupation in Washington

No matter the job, women are earning less than men 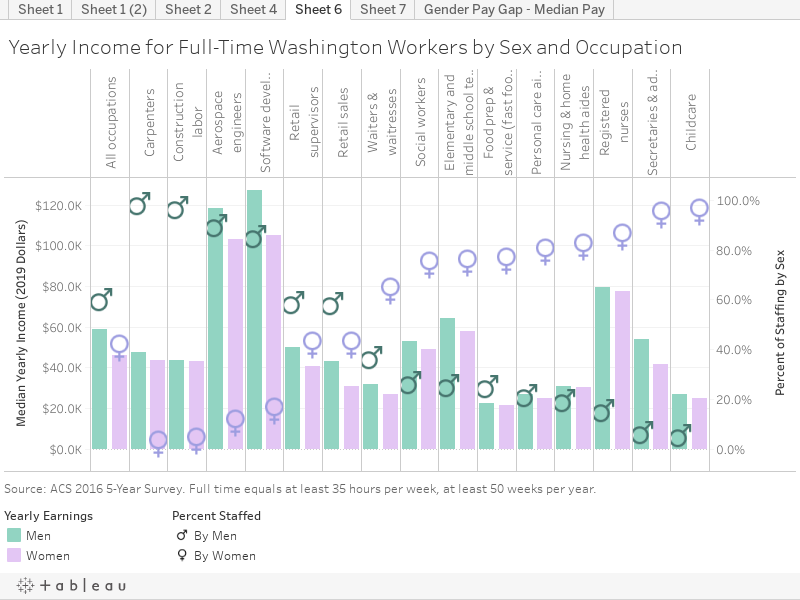 While the gender pay gap has declined since 1979, the state has not made any significant or lasting progress in closing the gap since the late 1990’s. In Washington, a typical woman (or one earning median wage) is paid 22 cents less per dollar paid to a typical man. Assuming 40 hours per week, 52 weeks per year, for 40 years, that adds up to $18,304 in lost wages.

The gender pay gap is not an education gap – nor is it solely a product of having fewer women in some industries than others. At every level of education, women are paid less than similarly educated men – and the wage gap rises with additional education. The gap also exists in all industries – including those in which more women are employed than men. 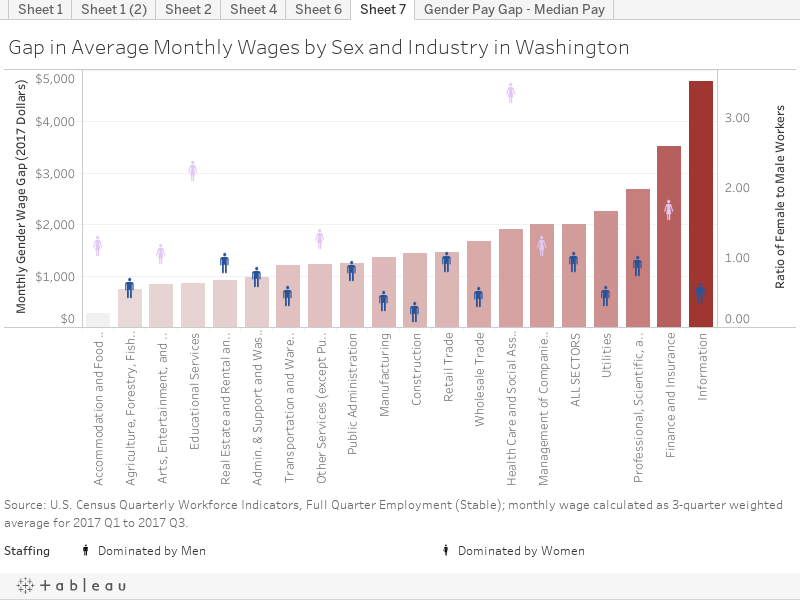 [1] American Community Survey 2017 1-Year Estimates, Sex by Industry and Median Earnings in the Past 12 Months for the Full-Time, Year-Round Civilian Employed Population 16 Years and Over, Washington State.