The Wealthy Are Getting Wealthier and Everyone Else Isn't 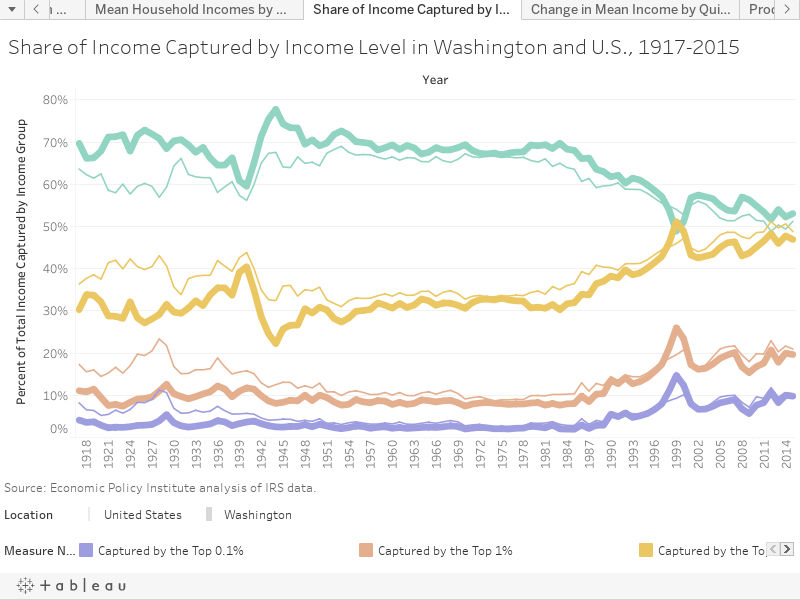 Since 2013, real incomes have gone up for many Washingtonians, but the wealthy continue to capture an ever greater share of income in Washington, as shown in Figure 2. From 2010 to 2016, the mean income for the bottom 20 percent of the population increased 11 percent – but the top 20 percent gained 19.9 percent. The annual gap between the poorest and richest quintiles grew from $152,631 to $192,146.