For at least 22 years, Washington has had the highest taxes on lower-income people.

We did it, Washington! Washington State still has the most unequal and unjust tax system in the country! That means lower-income and middle-class people have a much higher tax rate than the wealthy. We’re Number 1!

But just because you’re paying a higher tax rate doesn’t mean that the wealthy are. The wealthy in Washington pay just 3 percent of their income in state and local taxes. That’s 14.8 percentage points less in taxes than people who are struggling to get by.

Letting the wealthy avoid paying the same rate in taxes as everyone else serves a very important purpose – keeping us up in the rankings! 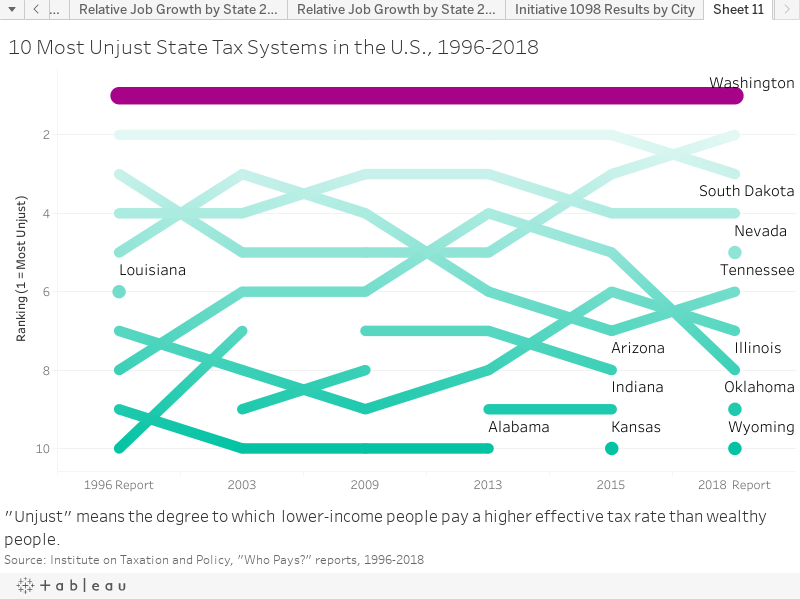 Texas, South Dakota and Florida have tried to take our title over the last 22 years, but Washington hasn’t let them!

After all, Texas taxes lower-income people at 13 percent and the wealthy at 3.1 percent. Florida only has a 10.4 percentage point difference in the rates for the poor and wealthy. Even the second- and third-worst states for unjust taxation are still too fair and equitable to take our spot.

Meanwhile, our western neighbors, Oregon, California, Idaho, and Montana, all rank among the top 15 most equitable states. They won’t be coming for our title any time soon!

We keep our taxes inequitable by not having a funded Earned Income Tax Credit, even though the Legislature passed it in 2008. We also have high sales taxes and no property tax relief for lower-income taxpayers. And we don’t have an income tax, which tends to make the tax system more equal.

But who wants to be equal? All people are equal, but some are more equal than others. And we’re Number 1!

(If you don’t trust a research org from the “Other Washington,” check out this data from a 2014 report by our own state government:) 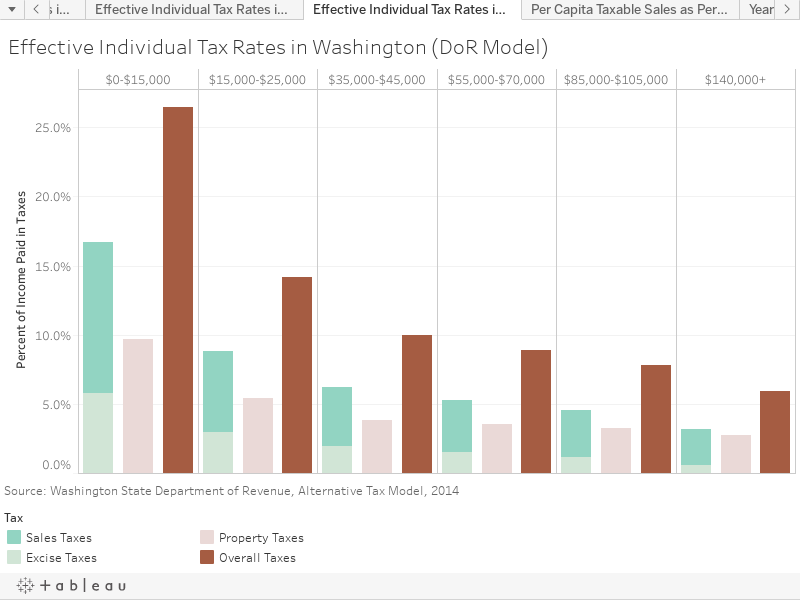