Social Security more important than ever to Washington workers, retirees and families 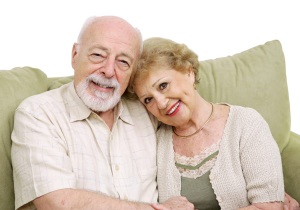 Today, on its 77th birthday, our Social Security system is more important than ever. In a world of risky investment schemes and unpredictable markets, Social Security is a fortress of security and reliability. In this uncertain world, where no one is invulnerable to the tragedy of premature death or serious and permanent disability, Social Security is there to cushion the economic blow of such tragedies. Today, more than 1 million Washingtonians receive benefits each month—retired and disabled workers, their families, and surviving family members.

Its benefits to Washington residents, and all Americans, are very modest, but vital; the average benefit in Washington was $13,468 per year in 2010. These benefits are the building block of retirement income security for middle class Americans. In 2010 two out of three households aged 65 and over relied on Social Security for half or more of their income, and over 1 out of 3 relied on Social Security for 90 percent or more of their income.

The program lifted 20 million Americans out of poverty in 2008, including one million children. Social Security can pay all benefits in full and on time for the next twenty years. After that, if Congress were not to act, it could still pay more than 75 cents on every dollar of earned benefits.

The shortfall is equivalent to 1 percent of Gross Domestic Product (GDP),which is roughly the amount of revenues that would be lost to the federal budget from extending the George W. Bush-era tax cuts benefitting the richest 2 percent of American households—those with taxable income above $250,000 a year.

All we need to maintain our Social Security system is a simple adjustment: Scrap the Cap. Scrapping the cap would mean everyone, including millionaires and billionaires, pay the same rate as ordinary Americans. While the vast majority of Americans must make payroll tax contributions on all of their wages, millionaires and billionaires only do so on the first $110,100 of their earnings this year. Asking all Americans to pay the same rate would come very close to closing Social Security’s entire projected 75-year funding gap.

While the federal budget has run a deficit in every year but five over the last half century, Social Security is not allowed to pay benefits unless it has the funds to cover every penny of the cost, and is not allowed to borrow any shortfall. That means that Social Security does not, and, by law, cannot add a penny to the federal deficit or debt (which is simply the accumulation of annual deficits).

Maintaining our Social Security system has nothing to do with reducing the federal budget deficit, and therefore should be off the table in deficit talks. It should not be part of any deficit reduction legislation considered by our nation’s leaders.

From Social Security, Medicare and Medicaid Work for Washington