Early childhood educators make much less than K-12 teachers, and are twice as likely to be Hispanic

The failure to fully compensate early learning teachers and caregivers reinforces pay disparities for Washington’s Hispanic population, as the workforce is disproportionately composed of Hispanic people.

When considering growth in the state over the past 30 years, Hispanic workers compose 30 percent of total growth in employment. But they are consistently being funneled into lower-paying jobs.

Does this compound institutional racism in Washington State? If compensation in early learning was commensurate with that of other workers, or, indeed, commensurate with the importance and value of this work, then disproportionality in the make-up of the workforce would not be of great concern.

But compensation for the early learning workforce is well below typical compensation, and, indeed, hovers just above poverty for thousands of these workers, to whom we entrust the care and education of our youngest children.

Indeed, the state’s increases in the minimum wage appear to be the one single dominant factor in any increases in early learning compensation over time. 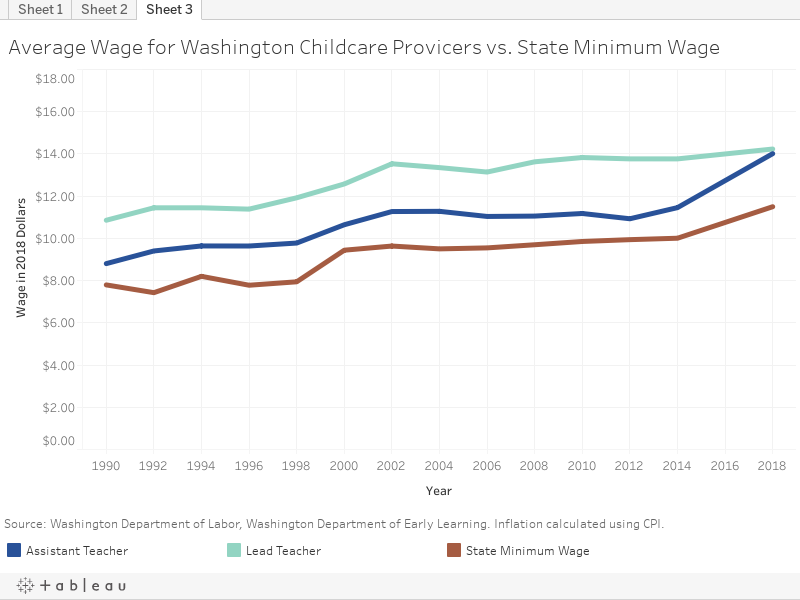 Having Hispanic people disproportionately care for our youngest children in low-paying jobs while being underrepresented in higher-paying K-12 jobs creates an unnecessary and illogical financial divide. We cannot advance equity while keeping wages low. If we are sincere in establishing equity, we must advance compensation for the early learning workforce.