Social Security benefits are crucial to the economic security of Washington residents and their families, and contribute significantly to the economic stability of every region of the state. Yet some members of Congress are threatening once again to cut Social Security to pay for tax cuts for wealthy individuals and corporations. Raising the retirement age or making other cuts to Social Security are wrong approaches.

Instead, federal lawmakers should act now to “scrap the cap” on taxable earnings, raise benefits and make other improvements to ensure the program meets the needs all workers, families and retirees for decades to come. 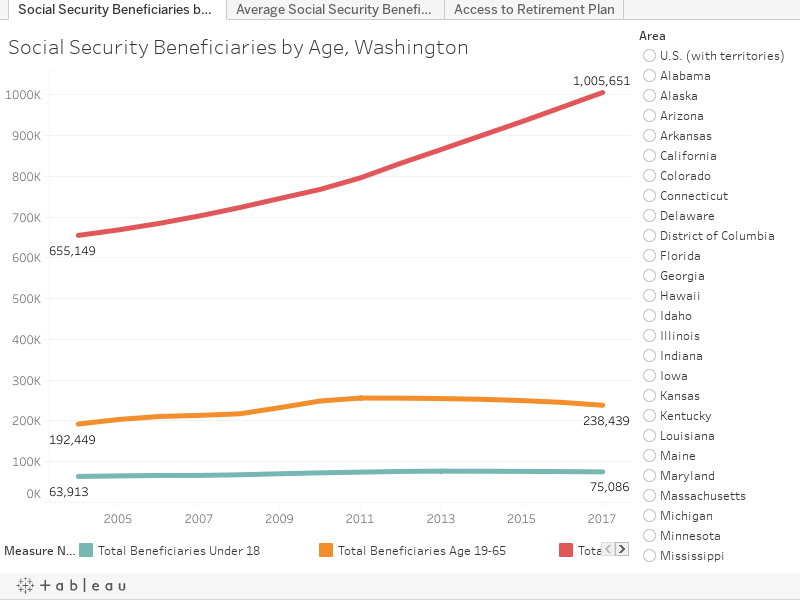 Social Security dramatically reduces poverty among the elderly in Washington, from 35.1 percent to 7.4 percent. Without Social Security benefits, more than 300,000 Washingtonians age 65 or older would have lived in poverty in 2015.

If a parent or spouse dies or is disabled, Social Security is the primary insurance protection for 95 percent of Washington’s 1.5 million children. In 2017, the families of nearly 109,000 widow(er)s and over 207,000 disabled workers received benefits. 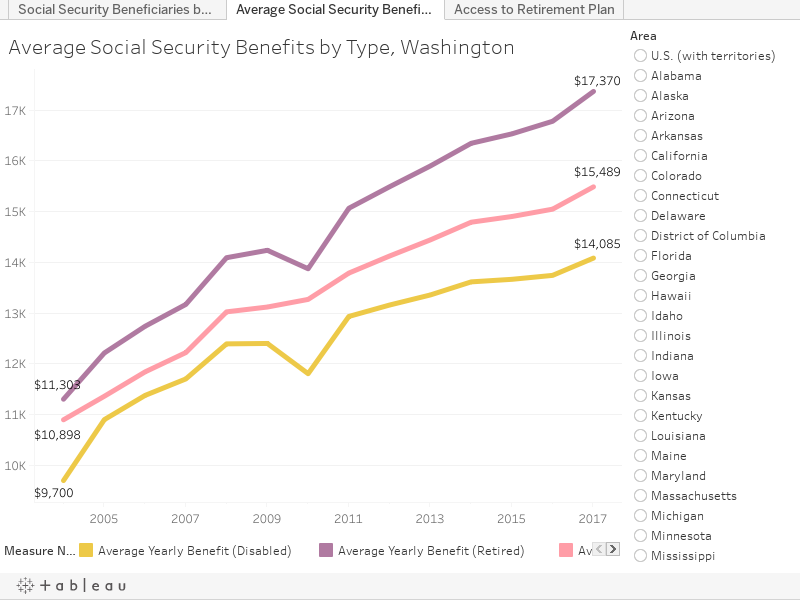 Social Security significantly boosts Washington’s economy. In 2017, benefits were equivalent to 5 percent of state total personal income, generating an estimated $39.7 billion in economic activity, more than 251,000 jobs and $2 billion in state and local tax revenue. In December of 2017 alone, nearly $1.8 billion in Social Security benefits went directly to local economies across the state.

The Social Security cuts proposed by Republican leaders of Congress are both needless and harmful to America’s families, seniors and communities. Reducing benefits, limiting COLAs and/or increasing the retirement age will diminish economic security for nearly every American. It will disproportionately affect low- and middle-income families, women and all workers of color who, unlike wealthy individuals, often do not have significant retirement savings and must work further into old age in more difficult and physically demanding jobs.

Social Security is the nation’s most secure and conservatively invested public trust. With no legislative changes, Social Security can pay all benefits in full and on time until 2034, and three-fourths of scheduled benefits thereafter.

Lawmakers should build on that strong foundation by making Social Security payroll taxes more equitable. While almost everyone pays into Social Security with every paycheck, most of the earnings of the top 1 percent – and especially the top 0.1 percent – is exempt from taxation.

Congress created the cap in 1977, intending it to cover 90 percent of all wages. But over the past several decades, wage growth for lower- and middle-income Americans has grown slowly, while wages at the top have grown dramatically. The cap now covers just 83 percent of all wages.

Rising income inequality accounts for 43.5 percent of the projected 75-year shortfall in Social Security funding. If the taxable income cap had covered 90 percent of total earnings since 1983, the Trust Fund would have at least an additional $1.1 trillion.

Scrapping the cap (with no benefits changes) would extend the Trust Fund’s surplus until 2067 – certainly far enough in the future for policymakers to make other adjustments as needed. Only the richest 6.1 percent of workers (less than 1 in 15) would pay more.

It’s a popular idea: two-thirds of Americans support requiring high-income workers to pay Social Security taxes on all of their wages.

To ensure Social Security continues to protect the economic security of working Americans, federal lawmakers should first scrap the cap on taxable earnings, then take these additional steps to expand and improve Social Security for today’s workers and families:

1. Raise benefits overall: Adjusting the benefit formula to raise benefits for those who have had careers in low-wage occupations – such as childcare, restaurant service, or home health care – would better protect the financial security of people just scraping by, particularly older women and people of color.

2. Protect the very elderly: Living to extreme old age, or outliving (or not having) a spouse greatly increases the risk of poverty. “Bump-ups” in benefits for seniors living past a certain age and increasing benefits for elderly widows and widowers would reduce financial insecurity among these vulnerable people.

3. Reduce gender and racial inequities: Caring for children or aging family members can cause many people, especially women, to reduce time in the workforce, greatly affecting their retirement benefits. Reducing the number of years’ earnings used to calculate benefits from 35 to 28 can eliminate the caregiving penalty. It would also help those with reduced access to employment due to recessions, discrimination, local economic conditions or disasters, and other barriers.

4. Restore student survivor benefits: Before 1981, children of retired, deceased, or disabled workers continued receiving benefits through age 22 if they attended college. Now benefits end once a young person turns 18 and finishes high school. Reinstating college benefits could help children and their families achieve their dreams, as well as reduce socioeconomic barriers to education and lifetime opportunities.

5. Adopt the CPI-E inflation index: Over the past decade, the cost of living adjustment (COLA) formula has led to average increases of just over 1 percent. Simultaneous increases in Medicare premiums have often meant many seniors see no additional income from COLAs. Adopting the consumer price index for the elderly, or CPI-E, would be a more accurate means of calculating adequate COLAs.

6. Restore office access & services: The Social Security Administration’s (SSA) expenses are self-funded and account for less than one penny of every dollar spent. While demand for SSA services (and staff workloads) have risen to record highs, the SSA’s operating budget shrank 11 percent from 2010 to 2017 (adjusted for inflation). This has resulted in the closure of one field office and the loss of 776 employees in Washington. Restoring full funding would help ensure people have dependable and easily accessible in-person service at Social Security offices, often at critical moments in their lives.