Washington is working to counter the Trump administration's anti-labor policies

“No man can be a good citizen unless he has a wage more than sufficient to cover the bare cost of living, and hours of labor short enough so that after his day’s work is done he will have time and energy to bear his share in the management of the community, to help in carrying the general load.” ~ Teddy Roosevelt, speech at Osawatomie, Kansas, August 31, 1910

With CEOs giving each other multi-million dollar raises, while corporations and the Trump administration put the squeeze on workers, it’s time to put the labor militancy back in Labor Day. 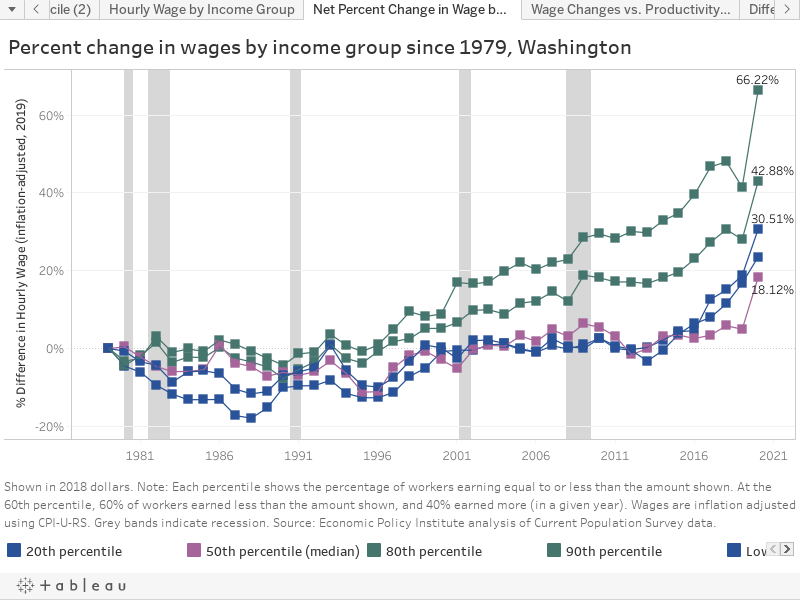 Trump’s blatant racism and attacks on immigrants keep people divided, disempowered, and distracted, while federal agencies quietly change rules to help corporations. For example, the Department of Labor’s has proposed to set the salary threshold for which salaried workers qualify for overtime at a paltry $35,000 or less per year. This replaces an Obama-era plan to set the level at the equivalent of $50,000 today, and allows corporations to rob working families of both time and income.

The good news is people are catching on.

A recent Crosscut/Elway poll found that a large number of Washingtonians in both liberal Seattle and more conservative Eastern Washington believe the system is rigged for the wealthy.

This contrasts with Washington State’s overall economic report card, which shows the average wage increasing in our state, making it seem like we’re doing okay. Average annual pay for workers in Washington increased by a healthy 14 percent after inflation between 2009 and 2017. The state gained 86,400 jobs in the past year and now has half a million more jobs than at the onset of the last recession. Unemployment is low, at 4.6 percent.

But averages can be deceiving. Average annual pay in software development soared to $249,000 in 2018, but employees in restaurants still only earned about $23,000. These new, highly paid tech jobs skew the average higher, when life isn’t improving for everyone else.

It’s hard to make it anywhere in the state on $23,000 per year, and faced with astronomical housing costs, medical bills, childcare and student loans – while stuck in traffic – many people feel stretched even on what once was an ample salary.

But that economic boom hasn’t reached the whole state. Within King County, the number of jobs increased by over 20 percent between July 2008 and July 2019. But Ferry County has exactly the same number of jobs it did 11 years ago, and Grays Harbor has 9 percent fewer. Trump’s trade war is likely to make the situation worse.

Across the U.S., workers saw much bigger wage gains during the late 1990s, when unemployment was also low and the federal administration was far more supportive of working families. Black Americans gained economically at roughly the same pace as whites then, but lag far behind now.

While Washington State can’t entirely counter the evil impacts of federal policy, we can make things better – and we have.

We’ve passed one of the highest state minimum wages, required employers to provide paid sick days, empowered workers to discuss wages and pursue workplace opportunity, and we’re poised to become the sixth state to make paid family and medical leave benefits available to all workers beginning in January. And in contrast to their federal counterpart, Washington’s Department of Labor & Industries is proposing an update to our state overtime rules sufficient to help restore the concept of a 40 hour workweek and rebuild an economically secure middle class.

Washington is doing better at enacting policies that help workers and families succeed in part because we have a relatively strong labor movement here, and one moreover that is committed to racial and gender justice and fighting for all working people.

Fundamental to Labor Day are two concepts. The first is that all work has dignity and all workers deserve a living wage. The second is that when we unite and fight for the interests of all workers, we all win. Today we need to stand together and make our federal government work not just for the wealthy few, but for the common good.

Losing your health insurance is not just a terrible inconvenience; it’s a matter of life and death.

People whose leaves have already begun can receive benefits retroactively